Former U.S. President Carter reflects his volunteering in person through several charities, but he also inspires loyalty in others through his leading by example. Mother Teresa in the headline caption devoted her life to volunteering for her church and inspired huge amounts of people to look at life differently and volunteering in particular. Such inspiration breeds loyalty.

To continue our discussion of how to translate this idea of building loyalty into a charity consider the following. What if you are representing a charity that is not so large and wide spread? Start thinking outside the box. I will give you an example that I happen to have considered at one time. Look for celebrities that have local or at least state wide appeal. Sports, authors, artists, college coaches, perhaps local TV personalities. Get from 3 to 10 to attend some kind of fund raising event for your charity and then make sure your volunteers and special guests get access of some kind the night before!

Well, start with the college players who went on to the professional ranks and then perhaps they even returned to the state after their playing days are over. I have lived in several states and the newspapers are always covering players who have any ties to that state and area, either living there or played college there. Start contacting them and as you suggest ideas such as chili cook offs or anything else you can to get a few of them together just roll with what ever idea seems to work. Don’t neglect the locals who will pay tickets for the event and the meet and greet the evening before, know your area and their interests.

In Iowa wrestling is huge so try to get one or two from that sport too in this example.

Get a wide variety, from young to old and from various sports. To continue this Iowa scenario there were a few Olympians from the state in the last Olympics, see if one or two will visit. Try for Dan Gable, who won his weight class in wrestling in the Olympics, coached for the Iowa Hawkeyes setting tons of records there and also wrestled for Iowa State. Perhaps some local college players in sports? 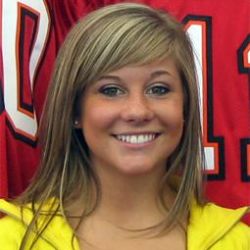 Be sure to get someone who is younger to appeal to those who are not in tune with past Olympic history or even past college history. Vary the group if possible to attract the widest audience possible. Shawn Johnson is another Iowan who could fit this criteria.

Is there a local author that could broaden the appeal of the visiting and hopefully money spending public for your event? Let him or her sell some of their books too!

Perhaps a local TV personality who can also ensure your event has some local news coverage? Take care, but a local politician for variety if that would not be too polarizing?

What happens if the major hitters all opt out, the recent Olympians and even the older ones like Bruce Jenner or Dan Gable who have well known Iowa connections and still draw crowds?

Set your sights on another route. Having researched this scenario I would consider local boys or girls who made it big but are now retired. Narrow your focus to a few good men or women, and don’t forget business leaders! A local Iowa boy who made the big time is Bob Harlan was the president of the Green Bay Packers for 18 years and responsible for the teams financial stability! The personalities don’t have to have played the sport, just be recognizable.

In my research Arron Kampman turned up, local Iowa boy who made it to the University of Iowa and was drafted by the Green Bay Packers, before leaving to play for the Jacksonville Jaguars. He also has a life beyond sports. Kampman is a role model in other important ways and this is why I chose him when I researched his potential for this post. He is the 2012 Robert D. Ray Pillar of Character Award winner, an honor given by the nonprofit Character Counts In Iowa.

I have actually met Kampman briefly in a YMCA some years ago, he does do volunteer work I know from my research and he is a very positive guy. If your charity fits his views of the world, perhaps that would work? Combine this with a local coach or other noteworthy person and whatever they find worthy to do for your charity, organize if and run with it. Keep in mind, there are many good people out there who would help if they are just asked in every state, I just picked Iowa to make the challenge more broad since they don’t have any sports teams. 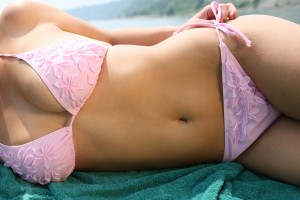 Remember to keep it family oriented and avoid any visits from questionable magazines or even professional cheerleaders, as this turns off the family aspect of the event for the moms of the visiting families.

The empowered volunteers of the world should not only strive to help build memberships for their charities but they should drive some other events that help build up a loyal base of support staff and also a willing public who sees that charity as worthy. Loyalty is built one step at a time but mainly by delivering to your supporting public what they want, fun and entertainment while supporting a worthy organization. Go build that loyalty today!