Volunteers for groups who support worthy charities need many characteristics in order to maximize their potential. This list is not all inclusive. It is meant to be a highlight or start rather than an end. See if you agree or disagree with this list.

1. Time management is the first and foremost of the group due to the nature of those the empowered volunteer often recruits new applicants from. If the volunteers can manage their time to effectively put in time for the group, both the volunteer and the group loses. Simply putting a dues card in one’s purse or wallet is not sufficient to bring on the health benefits we have laid out as one of the strongest reasons to join a volunteer group which one is passionate about.

2. Persistence is one trait that is often overlooked in this field of volunteering for charity groups. But in reality is is mandatory. In volunteer groups seldom is something changed quickly, change is effected over time and by a gradual building of consensus until the reasoning seems overwhelming clear to enough of the membership that they bring about the new change. The driver for this change is nearly always persistence by one or more future visionaries and plenty of it. 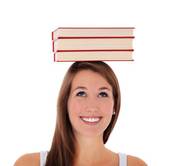 3. Even tempered volunteers are nearly always superior to those who are quick to anger and live with their emotions on their shirt sleeve. When someone is unflappable and keeps their focus on the goal without all of the drama that many seem to feel is necessary along the way the goal is already half way achieved.  Don’t confuse passion with daily drama queens who like to sideline everyone else at the expense of the goal. Passion can be directed and focused without daily dips into the drama pool of unnecessary sidelines. Empowered volunteers will by the nature of their job learn to focus their passions without wasting energy on daily drama. It comes with the territory that they have to rise above the rough waves and keep their weathered eye on the goals the group has set.

4. Socially responsible volunteers are more often the ones who drive the most efforts and achieve the most results. This is not a firm rule, someone who is economically and politically against social responsibility can perform for a group at a high level of influence and impact. But if you survey most volunteers, the vast majority of effective members in groups supporting a charity are more likely to be socially responsible in their view points, if not their economic thinking and their politics.

5. Caring from volunteers is an emotional feature that most have in abundance. To care is to be more human and more alive to human opportunities for helping others outside of your family or church where it is expected. Those who don’t care usually are against volunteering, preferring actions which often go against societies needs or best interests and very often have selfish interests substituted for societies best interests.

6. Strong convictions is a valuable trait for all volunteers, but particularly for an empowered volunteer. If your convictions are strong enough, and your data sufficient to overcome the local resistance to change, you just might make a difference earlier than later. Don’t confuse strong convictions with religious fanatics who are loud and public, some of the most influential people in a given field are strong and persistent without the loud drama of media coverage or other highlight real material.