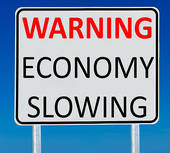 With our government in shutdown, what is the average person who is not wealthy enough to survive the looming crisis to do? Birds of a feather flock together is one bit of wisdom that could be helpful. Find groups of like minded souls who are in the same boat and work together. This could and should include volunteering in good charity focused groups. The positive nature of volunteering is a great infusion of energy and moral in troubled times.

For a few years now the government policies which brought on the great American worker decline, accurately predicted by Ross Parrot and succinctly stated in his prediction of NAFTA as the “Great sucking sound” that would be heard for years to come has done just that. Tax incentives allowed many businesses to refuse labor disputes with the threat of off shoring, something even practiced by our recent GOP candidate for U. S. President.

The new divide between the very rich top 7% and the rest of the lesser economic developed people comprising the bottom 93% presents huge economic issues which will not be cured even if the current government shutdown is somehow settled. So what is a regular person to do who is not wealthy?

We are according to many entering a new economic era where only the very quick will find success, all others will be left behind. I don’t necessarily believe this but it is important to be prepared, just as the Boy Scout motto suggests. 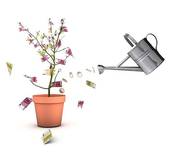 Start small and volunteer where there is a need. Lead a group, raise money for a project, get into the trenches and get something done. It will help you, the charity your group supports and it will do wonders for your self worth. The challenges you will face, and they will be many will show you what works and what doesn’t in a safe environment where you can afford to try out new things.

If we as citizens do nothing, the result is going to be empty store fronts much more than we have now. This is our harsh reality.

The so called “green economy” was cited as something to hang our hat on for economic growth. If you are able, find a way to help your charity with this feature and learn how to apply it to other businesses. If tax incentives in your state help, all the better. But this is one innovative way to help charities reduce costs while the empowered volunteer figures out the variables involved so they can apply the lessons learned to other places in need.

If we all as individuals take one or two steps towards helping a volunteer group in some way, the health benefits I have posted about several times will be realized and the domino effect can start. The many other benefits to the individual will help drive a collective social impact that is positive in nature. The general negative taste that the last U.S Presidential election left on most citizens is still in abundance. The national moral is as low as the economy and the polls reflecting the popularity of Congress.

It was not too long ago that the state of California gave out IOU’s to it’s citizens. This was shocking to many people, including me. If Congress doesn’t manage to find a path to sanity soon this could be the future for senior citizens and anyone who is linked to the government support system in any way.

Lastly, to end this post on a good note, Bloomberg Businessweek reported that the Gross National Happiness Report showed that the top countries for happiness world wide showed a strong correlation between happiness and having a strong network of friends and loved ones. This was true even when factoring in a big pile of money for affecting quality of life, something that should shock all venture capitalists.

The United States came in # 17, and the Nordic countries led the way at the top of the list. So socialism, feared and loathed by some political people in the U. S. political sectors seems to have a positive impact on its citizens even if they do have government health care? Weird how that works, giving the people what they want and need I mean.

Volunteers should lead the way when it comes to support networks and their ability to tap into them for support. If you find yourself thinking otherwise, get busy on building your network.