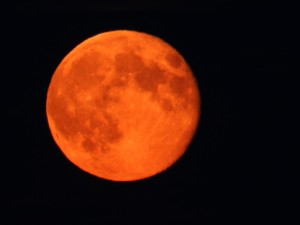 For most people social-media is like the moon, it is available and useful, up to a point. But like the moon, which is something that really doesn’t add value to our life directly, only through it’s influence on the tides and the earths rotation social-media is all around us without most of us really using its power fully to enrich our lives. We can’t capitalize on the moon directly from an individual perspective and the usual posting on linkedin or facebook or twitter only goes so far.

However, for the empowered volunteer social-media is something that with a bit of direction and effort within your group, you can most certainly make an impact for the betterment of your group. Social-media has the potential to not only influence others, but also to motivate and inspire others when presented well and with the proper timing.

In the United States and also in other parts of the world everything involving “e” is being used and expanded at a fantastic pace. E-commerce is very popular and growing. Cyber Monday, the Monday after the famous Black Friday for retail sails is another factor for e-commerce. In the United States Cyber Monday is predicted to scale upwards in total sales from previous years, despite the recent hit retail sales and foot traffic took from the government shutdown.  If it involves the internet, it is social-media involved or in many cases driven.

How does this impact the empowered volunteer? It represents a fantastic opportunity to leverage the power of social-media with the message from the empowered volunteer to more people than could be marketed to before. Nearly all of the major volunteer groups have a face book page. Many other social-media have twitter or other accounts which help them drive their message to the public.Many groups have a website for public viewing and access or education.

Unfortunately today many people are used to “sound bites” which contain very little content. These short pieces of information thus compete with large content producers for attention, making the potential for sensationalism very real. Tabloids and twitter feeds depend on sensationalism for attention. The influence on regular journalism is felt and in competition for readers so some influence is bound to be observed.

Marketing and advertising rely on short but compelling content to drive sales and foot traffic for their clients. It is proven that  marketing campaigns can change peoples minds on topics ranging from political issues to purchasing alternatives. Today advertising can be found in nearly every aspect of our lives, on the internet, park benches, the sides of buses, and  even in the sky trailing behind planes over crowded events or beaches. 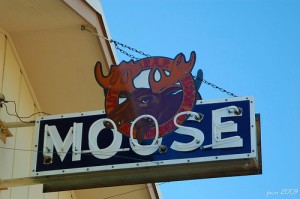 In the world of volunteers and charities, sponsoring events or school related teams is a long and cherished tradition which is highly subject to how well the economy is doing. Advertising as a form of branding the charity or even to drive foot traffic for an event is more rare and even rarer still is advertising for memberships. In some sections of the United States Freemasons have a bumper sticker which reads, 2BE1 Ask1. This slogan was conceived long before vanity license plates and texting, which make it seem easy in today’s e-world. 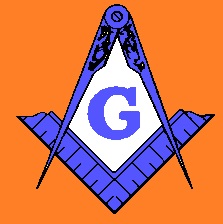 Besides an occasional photo in the local section of the newspaper or perhaps some favorable write ups in their blog or website, most charities don’t get much public attention or viewing on the internet. This is a missed opportunity to present the message of the group and also to maintain the image in the public mindset. If the public doesn’t know of the group the don’t think of joining!

In the United States several veterans groups are making headway into the social-media public notice. They are taking the message of disabled vets to the public awareness like never before seen in this country. The way they are doing this is a combination of using high profile celebrities, social-media messaging, public service awareness commercials (PSA’s), and through their websites twitter messages, to name only a few of the paths for keeping the cause in the public eye.

Some social-media causes have blogs, many of which can be found at Alltop.com, a fantastic site with access to literally hundreds of blogs relating to nearly everything you can think of, including this blog, EVRA! If you have a topic of interest, you are very likely to find something about it here, or close if not an exact match. I am very proud to have the Alltop emblem on this site, it shows a certain quality that hopefully readers identify with.

For the empowered volunteer, it is important to be not only aware of how social media can aid in their membership building efforts, but also how some of them can focus on your cause like nothing else can, penetrating the market segment for you in real time.

An example of this would be a sudden need for a food bank around Thanksgiving Day suddenly finding the need this year outstripped the supply of donations. Through a combination of Linkedin, Facebook, and twitter several fraternal or civic groups could spring into action and alert the general public about the need without spending a ton of money on a new PSA or in general advertising. If the cause is found worthy, the need and those who care will drive the message for you, eliminating the need for a great supply of energy or funding. How cool is that? 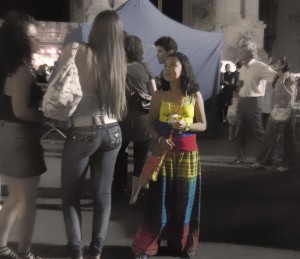 Every now and then you need to bring some color into a black and white world. The empowered volunteer is just the person to invigorate a volunteer group with equally ambitious new members for that special project that needs focus and attention.