Home > Empowered Volunteer > Giving in the real world, both unknown and famous

Man giving a rose to a lady, who accepts it gracefully

Men have given ladies gifts ever since couples have gathered into families, perhaps earlier! In the real world, ladies admire men who can set the gift giving bar high as well. Volunteering is giving of your time and expertise over money, something that is worthy for everyone to do, no matter what your social economic status or political leanings.

Donations are often thought of for charities, with fund raisers common for high profile charities that often as not are sponsored and have high status figures leading the fund raising. This helps the charity and the contributors often see benefits in the area of tax incentives.

At the time of this writing Warren Buffett is offering a free online course, “Giving with a Purpose” with the chance to help him decided how to spend over $100k of his sisters money! That kind of course is a first as far as I can tell. 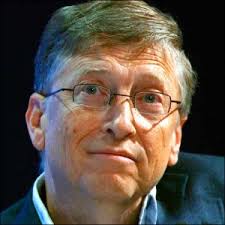 Volunteers without vast wealth are simply donating their time more than their money in the real world. They are often not able to donate their money in the sums that would make huge differences in the same way that Bill Gates does with his vast wealth, taking on diseases around the world. So time is traded instead of money. Giving your time instead of giving your money becomes the working class way of staying involved and still making a difference. 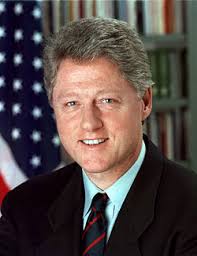 Bill Clinton, author of Giving, How each of us can change the world

In his best selling book, Giving, How Each of Us Can Change The World, former U. S. President Bill Clinton makes a very powerful case for how everyone in the world can help improve the world through giving or volunteering of their time or money or a combination of both, regardless of their social economic status.

He talks about the Make-A-Wish foundation volunteers who will “leave you feeling good about yourself”. On the next page of this book he relates about how volunteers built houses to turn over to residents in need for another charity group. The giving can come in many different forms and result in many different methods of helping those in need.

As a high status individual Bill Clinton has certainly provided leadership for giving that is way beyond what the normal man or women could do! He has social capital that most of us could only dream about.

In the real world, we have examples of political rivals who have set aside their differences to work together. Former U. S. President Bush Senior and former President Clinton have set a very high bar for such unified efforts, among them the Bush-Clinton Katrina Fund.

Former U.S. President Carter has for years led programs of volunteers for very worthy efforts, with very high public praise for his achievements. He has certainly led by example when it comes to volunteering to make a difference in the real world. 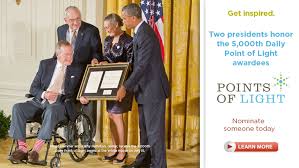 The first U.S. President of the Bush family, George H.W. Bush had his faith based initiatives which resulted in the Points of Light group, a group still operating and helping others. Today he is visiting the White House where President Obama recognized the 5,000th Daily Point of Light Award, which went to a retired farm couple from Iowa.

Giving and volunteering seem to abound in the top levels of American Politics, intersecting with the real world in a very profound way that has resulted in enormous benefits to mankind.

Campaign button for President Ford in 1976

American Presidents have a long tradition of enjoying volunteer groups, with 15 known members taking the first degree and 14 completing the required 3d degree to become Master Masons, the last one being Gerald Ford. Abe Lincoln petitioned but did not go through with the Freemason initiation and Bill Clinton was a member of the youth group of Masons, called the DeMolay named after a historical figure who was burned at the stake by the Inquisition.

Past U. S. Presidents who were involved in other volunteer groups which still operate today were Warren G. Harding, FDR, and Harry Truman who all belonged to the Masons as well as the Elks, the Moose, and the Odd Fellows!

That is a bunch of volunteering over time. It is worthy to note that these groups all share some common values, and they were at one time known to also have some initiation similarities. Today they mostly share a common membership belief in a Supreme Being along with what today we would call family values in various forms.

Teddy Roosevelt, our 26th U.S. President had a love of volunteering it seems, with his many accomplishments including the founding of the NCAA, his support for various conservation efforts which helped establish our National Parks, his many public service posts, and of course his most famous volunteer effort historically was his inclusion in the 1st United States Volunteer Cavalry, a portion of which he later led and was nick named, the “Rough Riders”. It’s hard to be more into giving of time or money than this individual, considering his impact on the future of our National Parks particularly.

Of course, Teddy Roosevelt volunteered to be President so frequently that he was later the focus of legislation to limit the terms a person can serve for the U. S. Presidency! You can perhaps give a bit too much it seems.

Former President Bill Clinton wrote a whole book on giving as we noted above, with over 200 pages of examples and information on how individuals and groups can make a difference in today’s world. This post is not for book reviewing, but I would say that the book is a worthy start for those wanting to become an empowered volunteer or to rebuild America while seeking their potential for giving in today’s real world, no matter if you are unknown or famous.

2 thoughts on “Giving in the real world, both unknown and famous”

Excellent site you have got here.. It’s difficult to
find high quality writing like yours these days.
I truly appreciate people like you! Take care!!